Prax Americana: A Briefing on Bitcoin 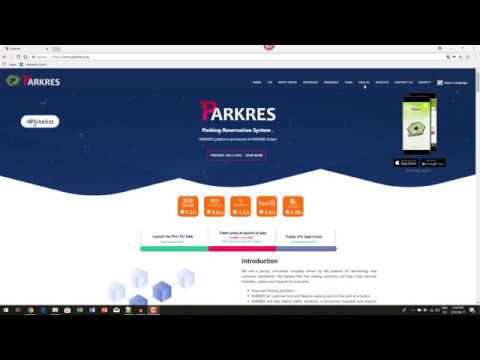 Proposition : The only thing that matters for Bitcoin to succeed is its ability to be a good store of value

STORY OF THE WEEK

•Cosmos, a blockchain interoperability project has released its platform dubbed “Cosmos Hub”. This comes after 3 years of planning and development and a $16,000,000 USD raise in 2017. The platform aims to solve scalability of distributed technology by proposing a platform of blockchains.

•In the U.S state of Texas, a bill has been proposed to require identity verification for sending cryptocurrency payments.
•Central bank of Russia aims to introduce an annual limit of 600,000 rubles ($9,100 USD) for unqualified investors who want to purchase digital assets.
•Thailand Securities and Exchange Commission (SEC) has approved the decision to create a portal for regulated ICO’s.
•Singaporean based exchange Quoine has been found liable by the Singapore International Commercial Court (SICC) for reversing 7 trades from market maker B2C2 in April 2017. Trades were valued at 10 Bitcoins per 1 Ethereum.
•The Canadian Securities Administrators (CSA) and the Investment Regulatory Organization of Canada (IIROC) is now seeking regulatory input on cryptocurrency exchanges, in an attempt to integrate securities laws where appropriate.
•In the U.S state of Colorado, governor Jared Polis has signed the Digital Token Act on March 8th, 2019. This will exempt specific cryptocurrencies with specific characteristics and functionality from being classified as a security.

•Tether has recently updated terms of service which will shift its reserves from 100% traditional currency (USD) to a combination of traditional currency and cash equivalent assets such as loans.
•Samsung unveils a native cryptocurrency wallet for its flagship S10 device that can be found on the Samsung Galaxy Store. Wallet will support Ether (ETH) and ERC20 based tokens alongside 4 dApps from the outset.
•MyEtherWallet launches an alpha version of its Ethereum blockchain explorer, EthVM. INSTITUTIONALIZATION
•Kakao Corp, the creators of KakaoTalk – South Korea’s most used messaging app raises $90 million USD to supplement the launch of a new blockchain platform in June dubbed “Klaytn”.
•A blockchain based ETF, consisting of 48 companies involved or building blockchain technology has launched on the London Stock Exchange (LSE).
•Chicago Board Options Exchange (CBOE) announces that it will not add a Bitcoin (BTC) futures market in March.

•Mark Karpeles, the CEO of Mt Gox faces a 10-year jail term from the Japanese authorities for embezzlement of client assets.
•Danelle Dixon has been appointed the new CEO of the Stellar Foundation, previously COO of Mozilla.
•Konstantin Ignatov, CEO of multibillion-dollar pyramid scheme OneCoin has been arrested and charged with conspiracy to commit wire fraud. Ignatov’s sister, Ruja Ignatov is charged with wire fraud, securities fraud and money laundering.

•@cz_binance – “Populaunpopular opinion: Everyone will be in crypto, sooner or later, whether they know it or not, whether you like it or not.”
•@barrysilbert – “Wells Fargo, a Buffett investment, has been fined 93 times for fraud and other abuses, for a total of $14.8 billion in fines since just 2000. I'll take bitcoin's "charlatans" over that any day.”
•@erikVoorhees – “Crypto is software eating finance”

If they&#39;re going to do something they better do it fast, otherwise Paypal will be going down the tubes in the not too distant future. Bitcoin will be crushing them!<br /><br />In case you don&#39;t know, Paypal practices economic censorship in service to the authorities without due process. limit my search to r/Bitcoin. use the following search parameters to narrow your results: subreddit:subreddit find submissions in "subreddit" author:username find submissions by "username" site:example.com find submissions from "example.com" url:text search for "text" in url selftext:text search for "text" in self post contents self:yes (or self:no) include (or exclude) self posts nsfw:yes (or ... How Bitcoin dies (unqualified-reservations.blogspot.com) 55 points by pavel_lishin on Jan 24, 2013 hide past web favorite 77 comments: fatbird on Jan 24, 2013. This is by Mencius Moldbug, a coder who made off with enough options money just prior to the dot-com crash to basically be retired in the Bay Area, reading and writing. He's been bringing the wordy essays for almost a decade ... It's a crypto-currency, meaning that Bitcoin generation relies on breaking cryptographic codes in a process called Bitcoin mining. You can't replicate them without supreme effort. The actual source code is open, and anyone can take a stab at hacking it, but despite values running around $120 per Bitcoin right now, no one has been able to pull it off. Instead, entrepreneurial computer types are ... How Bitcoin dies. TL;DR—Bitcoin dies in two very simple steps. 1: A DOJ indictment is unsealed which names everyone on Planet Three who operates, or has ever operated, or perhaps who has ever even breathed on, a BTC/USD exchange, as a criminal defendant. The charge: money laundering.

Analyst: Four Reasons THE BOTTOM IS IN

Bitcoin, moderate bullish channel break on Light volume The Crypto Sniper ... For Gold, Silver & Platinum purchases, that I use, with real 100% allocated Bullion & named bar reservation, cheaper ... Find more episodes of Messari's Unqualified Opinions: https://messari.io/podcast Catherine Coley is the CEO of Binance US and former Head of XRP Institutional Liquidity at Ripple. In this ... Parkres is a decentralized parking reservation system. You can purchase PARK tokens via Ethereum or Bitcoin. Exchange 1 PARK = 0.5 USD Join us at: https://pa... Bitcoin uses peer-to-peer technology to operate with no central authority or banks; managing transactions and the issuing of bitcoins is carried out collectively by the network. Layer 1 is focused on efficiently converting “electricity into money” via highly efficient bitcoin mining facilities. Where mining has historically been concentrated in places with cheap and ...